Home The castle of the Prince Arechi

The castle of the Prince Arechi 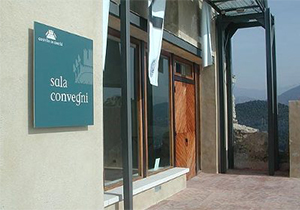 The Castle is located on the top of the Bonadies mountain, surrounded by the green of the trees and the blue of the sky, and from its terraces and bastions visitors can enjoy a breathtaking view over the city and the gulf.
The Castle was erected by the Longbard Prince Arechi II who had moved to Salerno the capital of the Duchy of Benevento (8th c.). More precisely, Prince Arechi II reinforced and fortified an already existing defensive work. Under the Normand, Anjou and Aragonese dominions the castle underwent several enlargement works, still playing an important role in the defensive strategy of the town. By the 19th c., due to a gradual change in war techniques, the Castle of Arechi had gradually lost its defensive role and had turned into a neglected place. 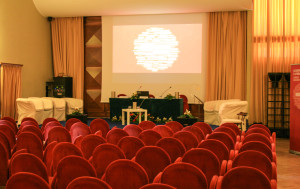 After long and accurate restoration works, the castle is today open to the public and hosts a museum and a meeting room. The conference room (up to 150 seats) equipped with state-of-the-art technologies like wi-fi is the perfect setting for congress, conferences and company meetings.