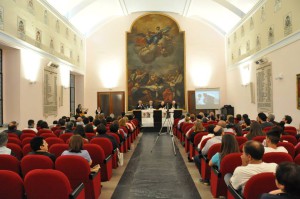 On the first floor of Palazzo Arcivescovile there is the Salone degli Stemmi, with emblems of the Archbishops hung on the walls. On the back wall there is the Archbishop’s throne. Several fine frescoes, many of which date back to the 18th century, decorate the interior. 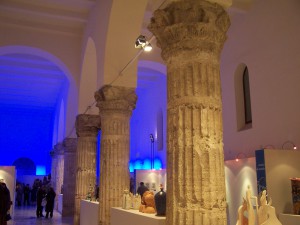 The Temple of Pomona is characterized, on the inside and the outside, by fifteen Ionic columns, joined together by a Gothic arch lancet. The capitals, Ionic too, are made by four heads of the goddess Pomona and a square plate crowning the capital formed by concave faces. Also the floor, the ceiling with a central round arch, a part of the foundations, some single lancet windows and a stone wall were found belonging to the Temple.

The Temple is used as hall for exhibitions.