Salerno, the provincial capital, is a magnificent city nestled between two enchanting shores, the Amalfi and the Cilento Coasts. Rich in ancient and glorious history, it became a Roman colony in 194 BC, with the name of Salernum.

The culture and traditions of the town were enriched by the dominations of the Goths, the Byzantines, the Lombards and the Normans. With the Lombard Prince Arechi II, Salerno had great splendor, becoming the seat of the famous Medical School. Arechi II had the city fortified with walls and towers, in which a Castle already existed. The Lombard domination ended in 1076, when the city was conquered by the Norman leader Robert the Guiscard. In that period, Terracena Castel and the majestic Cathedral, which houses the sacred relics of the apostle Matthew, Patron Saint of Salerno, were built. In addition, a great boost was given to the sciences, bringing the Medical School, considered the oldest medical institution in Western Europe, to the height of its splendor.

A great growth of the economy was recorded in the XII century with the Suebi. The construction of the Manfredi Dock dates to that period, and it takes its name from the son of Frederick II who had it built. Salerno was also the seat of the residence of Queen Margaret of Durazzo (now buried in the Cathedral) and subsequently the territory of the Princes of Sanseverino.
After a period of decline due to the succession of earthquakes and the plague, in the XVIII Salerno began its rebirth. The urban aspect underwent numerous transformations thanks to the construction of churches, roads and buildings, still located in the historic centre today.

The suppression of the Medical School of Salerno and of numerous ecclesiastical orders dates to the Napoleonic period.
After the Allied Landing, which took place in September 1943, Salerno hosted the Badoglio government and it was the Capital of Italy from February to July, 1944. 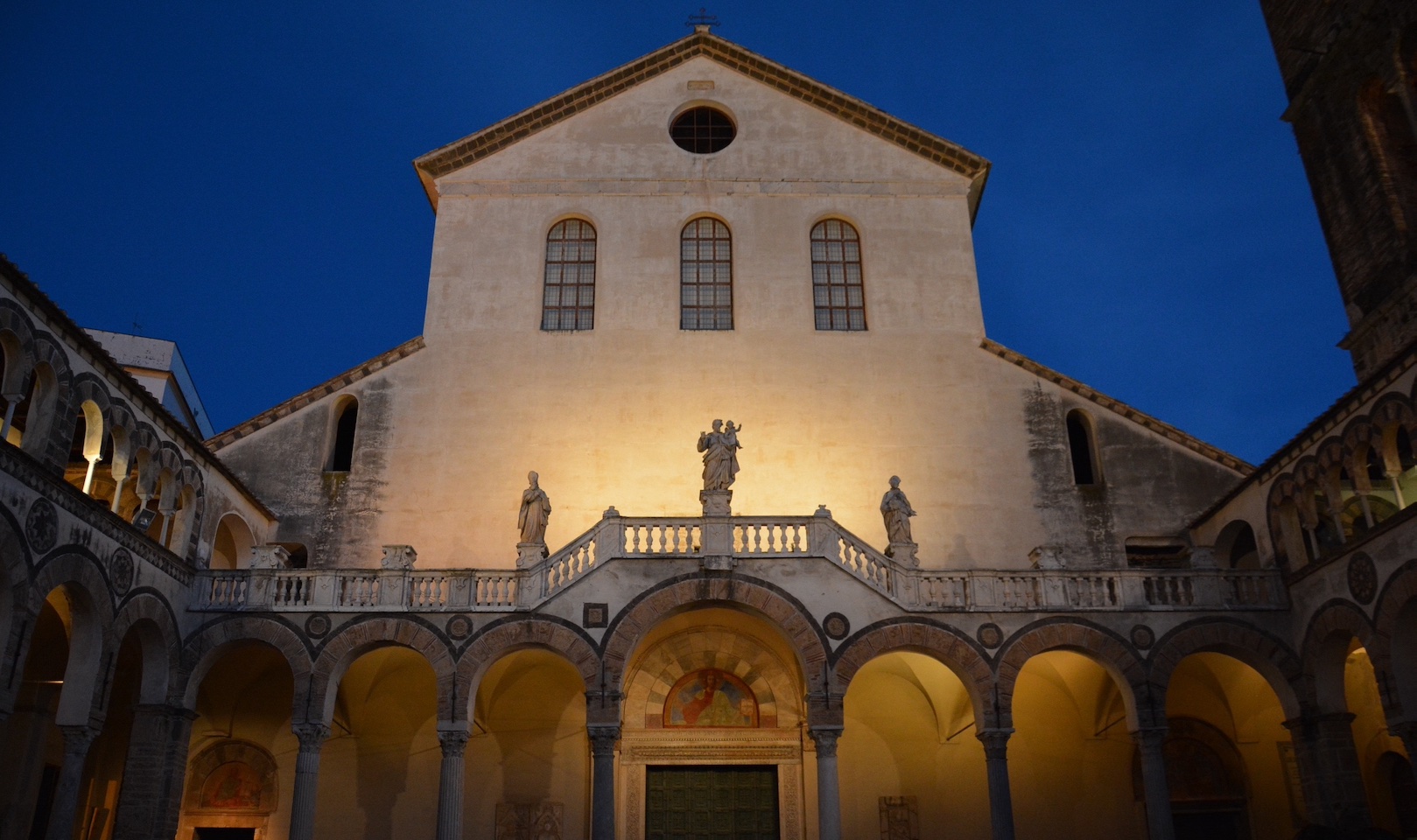